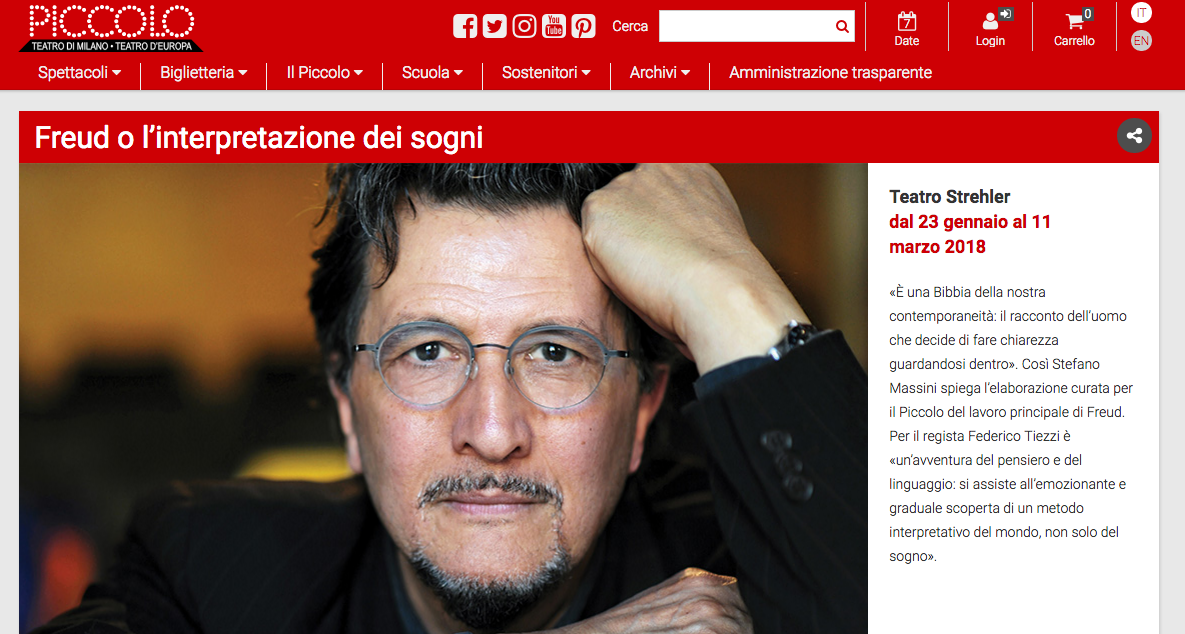 A year after the publication of the new website of the Piccolo Teatro in Milan, designed and created by Antreem for Best Union Company S.p.a., the online results show how the clear paths for users and a solid technological platform are investments that have paid for themselves in a short time. The gains are also guaranteed by the increased user satisfaction, generated by a more effective User Experience design.

As well as a significant increase in traffic KPIs, proof of a simpler and more gratifying user experience, the important data this year comes from an increase in online ticket sales, the use of online vouchers by users with subscriptions, and by more one-off buyers, showing that the new purchase process is simpler to conclude.

The initial request, shared by Best Union, was to make a “new website”. Antreem instead analysed the entire ticket purchase process with the aim of regulating the exchange of information between the traditional paper purchase channels and the online ones, preventing overlaps or losses of data. During the User Experience Design (UXD) and the User Interface (UI) design, Antreem identified “dead ends” for users due to gaps in the design and technology that led to missing transactions, causing economic losses but above all a negative experience that discouraged use of the website. The new user experience accompanied by an ad hoc algorithm for unifying the paper ticket purchase and online purchase data and other backend optimizations, have brought the number of problems of this kind to a 96.7% reduction, now achieving numbers in the region of tens that can be considered negligeable.

Fabio Poli, CEO of Antreem, declared: “For our customers the investment in User Experience and Service Design that also guides technological performance and updating, tends to pay for itself in a matter of months thanks to the improvement in key performance indicators (KPIs) generated by the project implemented.”

Alessandro Borchini, Communication and Marketing Manager at the Piccolo Teatro, added that “These results confirm that even a cultural institution of international quality such as the Piccolo Teatro in Milan can interact with spectators through methods in line with the times, in a logic that is not limited to just presenting the contents, but also touches the service model, an important component that influences the public’s decisions. In practice, when a spectator wishes to watch a play, they expect to obtain easy and immediate access without any hitches.”